If you’re the musician that often likes to indulge in a drink or two throughout your live shows, you might have realized that finding a place to put your drink that can become challenging.

Your drinks needs to be close at hand, you can’t be holding it the entire time, and you don’t want it to spill all over expensive equipment on stage.

That’s why we’ve come to the rescue! Well, not really, but we do offer some good advice. Here is our pick of the 5 best drinks holders for microphone stands. Buckle up, we’re getting started!

Drinks holders on your mic stand: What a time to be alive!

The 5 Best Drink Holders for Microphone Stands – Our Pick 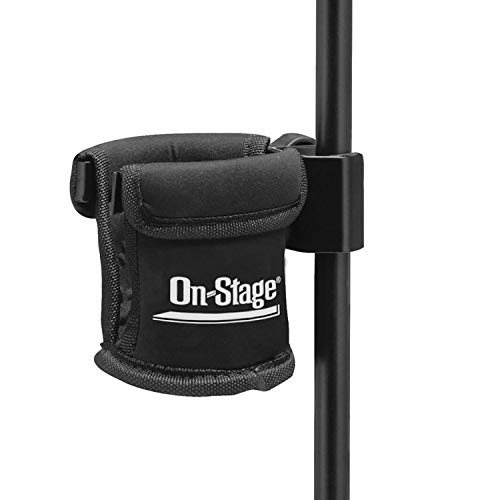 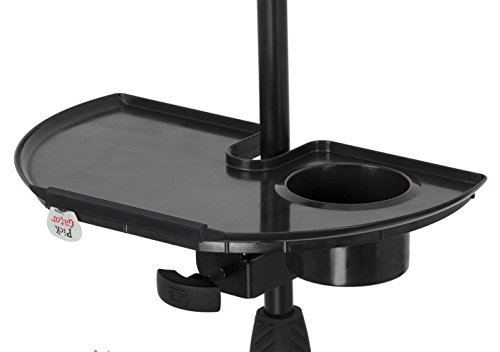 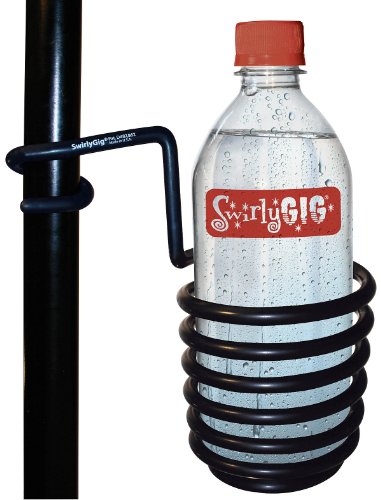 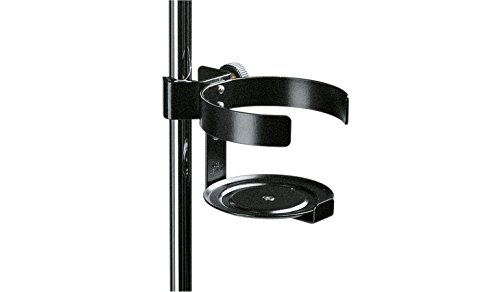 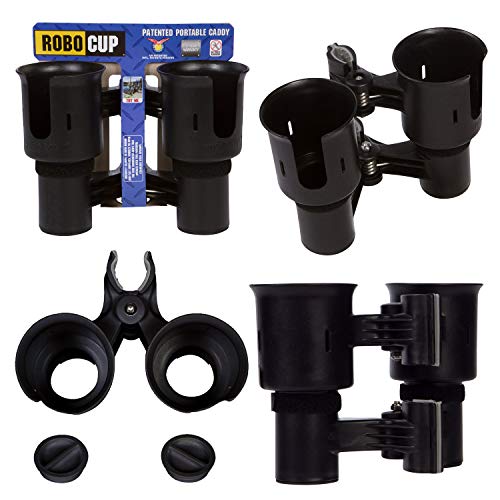 MSA5050 is the first one on our list and for a reason. This clamp-on cup holder is 3.25” in diameter, coated with fabric to snuggle your drink while you sing and will attach on every stand from .375 to 1 inch in diameter.

The good thing about this cup holder is that the neoprene fabric that surrounds it will keep your drink spot on its temperature and will collect any dripping that may occur. The downside of it is that it is designed to hold mass-produced bottles, so if you have any unstandardized bottle it might not fit this. The cup holder itself is robust and the clamp is tight, so there will be no problems with mounting and securing the holder during gigs, even if you move the stand.

The next contender will hold your cup and give you a little tray next to it. The Gator Cases Cup Holder also has a small tray next to it, which can be very useful for holding things while playing, as most of the performing musicians will tell you. The tray is mounted by a clamp, same as the previous model, and can mount on stands to up 1.38” thick, which is rather good. The only bad thing about the clamp is that sometimes you may need to get a washer to get it to grip firmly, as it can get wobbly if it’s not secured properly. You can get different add-ons from the manufacturer like pick holders and so on.

SwirlyGig SG2000 II is keeping up with the bright tradition of drink holders manufacturers naming their products as some 22nd-century sci-fi piece of equipment. And it’s all glitters and blitz, so bonus points for the looks and logo.

This cup holder is 1 cup holder, made from essentially one piece of swirled metal rod. The holder is attached to the microphone stand without any clamps or clips, but rather intuitively just holds on by putting it onto the stand and then the traction of rubber on that part of the holder does its job. The minus of this design is that it can only fit on one-size stands, i.e. you can get a holder for 1” stand, ½” stand and so on, so it probably isn’t going to work well if you have to switch different stands often. It will house anything up to 4” in diameter, and you shouldn’t worry about anything spilling as it is sturdy built and deep enough.

K & M Drink Holder is immediately going to get points for the simple and easy to remember name. This is a very stable and quality made drinks holder, made for only one drink at a time. It attaches to the stand via the clamp, with tubing up to 2.3 millimeters. The cup holder itself is 7 inches wide, so there is no need to worry about stuff not fitting in. There is however a fear of stuff falling out of it sadly. Because of its minimalist design that leaves part of the ring that holds the drinks open, you should probably bend the sides slightly inwards if you are using some smaller cans or similar drinks, as there is a worry that the drink can slip out if the stand is being wobbled.

If you were going to buy a product solely based on it’s name then it’s gotta be the ROBOCUP. The design is beautiful, and it includes 2 drinks holders. This drink holder is being put onto the stand via the clamp system, which holds it super-tight, as it’s not just for the microphone stands, but also for any other pieces of hardware (even outside of music gear). This is a great, top-of-the-line drinks holder which will guarantee you that it will mount almost everywhere and that it will stay when putting on. And it’s extra useful because of the two drink holders instead of one.

We hope that this list helped you in any way possible and also you can comment down below if you have any other suggestions or want to vote for a certain drink holder on this list.

Also, we would like to reveal to you that the best way to take care of your drinks on stage is to become super-famous and super-rich and then you won’t need to worry about stuff like that at all.

Guthrie Govan – A Genius of Our Time